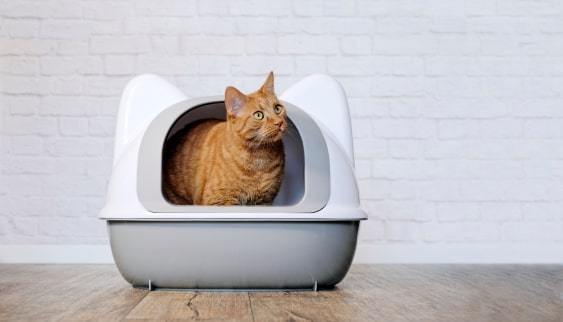 “I love scooping my cat’s litter!” is not something you’ve probably heard. EVER. But ARM & HAMMER™ HardBall™ litter makes it so much easier with exceptionally strong clumping. It also has 14-day odor control and is lightweight. And did we mention it’s made from sorghum, a renewable plant-based resource?

Like we said, what’s not to love? Here are 5 reasons to switch to this hard clumping cat litter that’s changing the way you’ll think about litter.

Clumping cat litter is the most popular kitty litter for a reason. Clumping aides added to litter help turn liquid cat urine into solid clumps that can be easily scooped and disposed of, allowing you to separate soiled litter from clean in the box.

When it comes to clumping litter, the harder the clumps, the better. Harder clumping litter means urine clumps don’t break apart or crumble when you scoop the litter box or when kitty digs around.

ARM & HAMMER™ HardBall™ Cat Litter is our hardest-clumping litter yet. Most litters contain only a small percentage of clumping aides, but HardBall™ is made almost entirely of ingredients that actively clump when they contact cat waste. HardBall™ Cat Litter completely absorbs wetness in mere seconds and creates rock-hard clumps that literally shrink waste. You and kitty can be amazed when their pee magically transforms into a pebble.

The hard-clumping technology in ARM & HAMMER™ HardBall™ litter absorbs cat urine and seals in odors. Once urine is captured inside a clump, the pungent cat pee smell cannot permeate your home.

ARM & HAMMER™ HardBall™ Cat Litter has 14-day odor control, meaning the pee your cat deposited up to two weeks ago stays sealed inside a virtually indestructible litter clump, where the odor can’t escape into your home. We know you’re probably scooping the litter box sooner than two weeks, but in case you’re traveling or not feeling well or just a little forgetful, HardBall™ has you (and the cat urine) covered with the longest odor-controlling cat litter available. 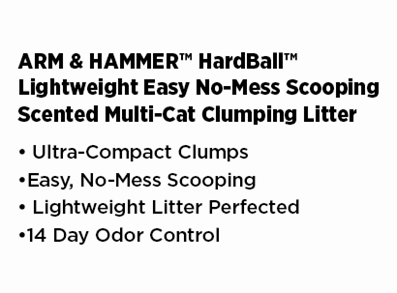 If you’ve ever had a clump of cat pee disintegrate as you tried to scoop it, this feature is for you. Hard clumping litter like ARM & HAMMER™ HardBall™ forms strong, ultra-compact clumps that don’t fall apart – even when you’re chasing them around the litter box with the scoop.

When clumps of cat pee stay together in a hard ball, it’s easier to locate and sift the clumps, and that makes less mess. You’ll be an efficient cat-litter-box-cleaning machine. Shaving off time every litter box cleaning means more time to do things you really enjoy – like play with your cat.

We already mentioned that hard clumping cat litter locks in odors from cat pee and poop, but wouldn’t it be even better if the litter also had an appealing scent, both to you and your cat? Getting the right scent balance can be tricky since kitty’s sense of smell is 14 times stronger than their human’s. ARM & HAMMER™ HardBall™ has a fresh, clean Garden Bloom scent that’s strong enough for multi-cat households but gentle enough for kitty’s 100 million (or more) odor sensors in their nose.

Less is also more when it comes to how often you have to clean the litter box with hardclumping litters. HardBall™ is a “stay clean” litter with its easy-scooping, odor-shrinking clumps, meaning cleaning the box doesn’t have to be an everyday chore. Lighter-weight, less cleaning, more awesome. 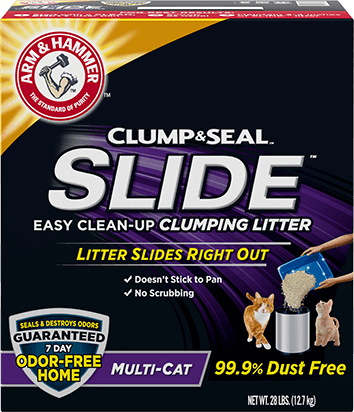 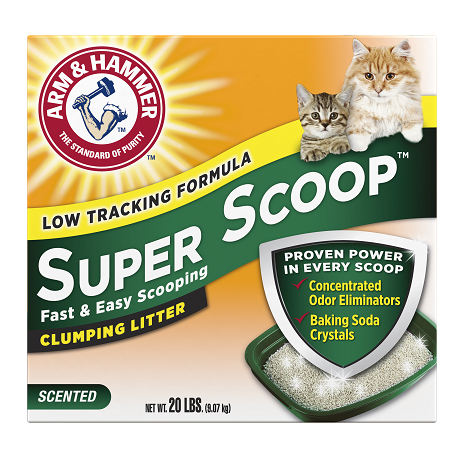 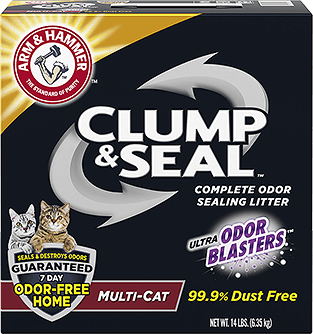 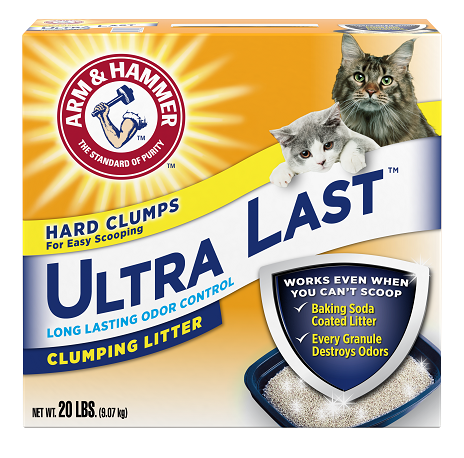